To travel through Peru and Bolivia is to go from the metropolis of Lima - the Pacific coast capital city, and a hot-spot for gastronomy - to the chaotic and diverse La Paz, which sits perched at more than 3 600 meters above sea level. It is to cross two countries which are at once very different in their degree of development and geography, but that share a history and common roots.

Traveling from Peru to Bolivia means finding yourself in the cradle of the Inca Empire, particularly whilst crossing the alleys of Machu Picchu and its Incan paths. The Cusco region and the sacred valley are testaments to traditions and knowledge which enrich the Andes, well beyond the Peruvian and Bolivian borders.

Traveling from Bolivia to Peru means meeting the heirs to the Inca dynasty, the Quechuas, on the shores of Lake Titicaca or in the Andean valleys of Sucre and Potosi. You will be immersed in their ancestral beliefs of the divine Mother Earth, the Pachamama, to whom offerings are presented in nature and in the sacred mountains to show respect and gratitude. An immersion in their way of life, surrounded by communities working the land, weaving textiles, and raising livestock.

From Lima to La Paz, from the green valleys of Cusco to Lake Titicaca, from the mines of Potosi to the white city of Sucre, passing through the deserts of Uyuni and South Lipez, we travel through Peru and Bolivia, symbols of a continent, crossing the Inca civilizations, the Quechua traditions and their colonial history.

We are not only taking a leap into a civilization’s past, but also immersing ourselves in a culture that is still very much alive, preserved, authentic. Anchored in great lands, we will find ourselves transported to another world. 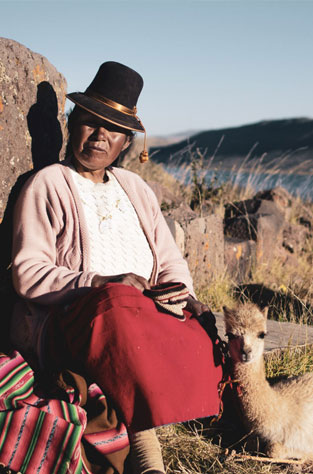 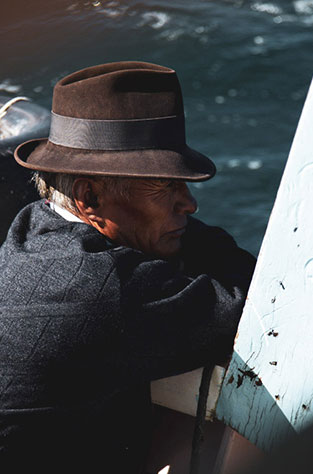 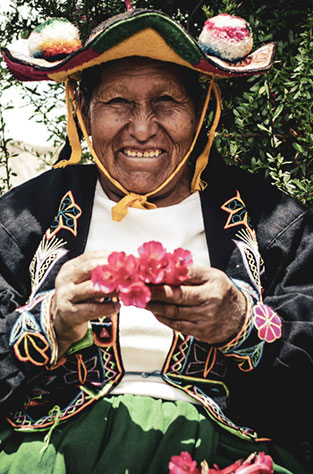 The sky is an intense blue, and the lake’s velvety waters reflect a blinding light. The sails of fishing boats cross each other in a concert of colors. A rustling in the rushes along the bank, signal nesting partridges or pejerreys.

Lake Titicaca is the cradle of the Incan civilization, but also home to an even older civilization that has only just begun to reveal its mysteries: the Tiwanaku. Architecture, agriculture, pottery, basketry, medicine: this empire used new materials and developed new techniques, which spread to the coast and to the Andean valleys. Although the ruins of Tiwanaku are but a symbol this civilization, its influence, despite being shrouded in mystery, reverberating through time to today.

At the crossroads of the Tiwanacota, Inca, Aymara and Quechua cultures, Lake Titicaca is without question the most sacred lake of the Andean culture. Here, beliefs mix with legend and it is not uncommon to hear these retold by the wise men of the coastal villages. The Cordillera Real, the Royal Mountain Range, serves as both a trading hotspot and as a natural border which separates Peru from Bolivia. This grandiose backdrop for vistas of uninterrupted, snow-capped summits, reaches altitudes of more than 6000 meters. 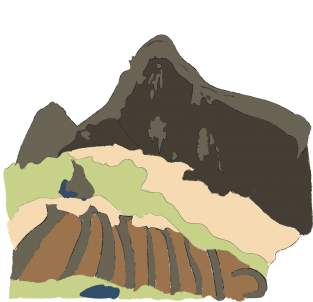 Rather than seeking the sunrise over Machu Picchu, we look instead for the more nuanced rise of the mist. Reclining on a green terrace, we allow ourselves to be overcome by the energy of this place. As the morning mist rises, it reveals as if by magic, the mythical citadel.

The lost city of Machu Picchu is surrounded by the lush, tropical vegetation of the Urubamba river valley, which connects the Andes to the Amazon. Its fertile lands made it the granary of the Inca Empire. The Sacred Valley also occupied a significant position in the civilization’s religious system as Inca priests and astrologers observed from here the celestial world, including the Milky Way, the galaxy where the primary Inca constellations are found: the llama, the condor, the tree.

To move through these mountain-side fortresses and these terraced crops, is to imbue oneself of a particular energy, an astonishing alliance between softness of life and striking architectural relief. It is to plunge from a grandiose and imposing past to a rural and colorful present, between Inca heritage and Quechua traditions. 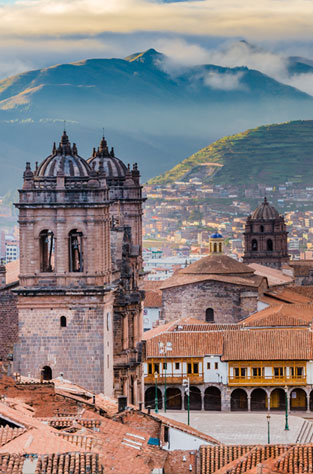 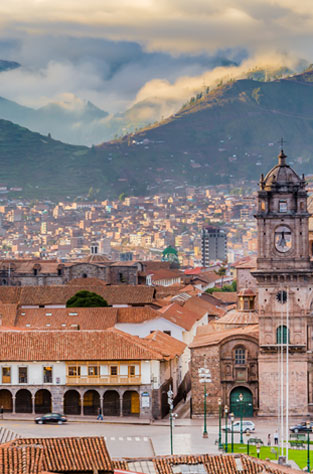 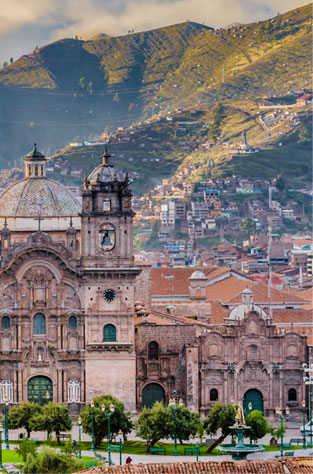 Breathless, we climb the sloping, cobbled streets. We take shelter from the rain in San Pedro’s market, passing aisles of breads, fruits, cheeses, meats. The Andean rain calms to allow the sun’s rays to reflect off of the stone houses.

Cusco is the product of a fusion between multiple cultures and influences. The city was dubbed "the navel of the world" by the Inca empire, which made it a true model city of Inca architecture, with houses of well-cut and worked stone. During the Spanish conquest in the XVIth century, the imperial city’s rectilinear and narrow streets running between colossal walls were preserved. To establish their authority, the conquistadors systematically built churches, monasteries and residences atop the solid granite foundations of the Inca buildings.

There is a story behind each door of the city. Cusco exists at the crossroads of a rich past, of the syncretism between beliefs and rites to the Pachamama, the Mother Earth and the Catholic religion brought by the Spanish. 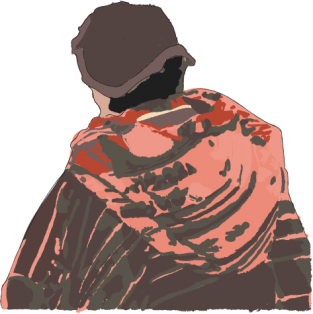 From the rugged and pebbled landscapes at the foot of the Cerro Rico, to the soft and bohemian atmosphere of streets lined by white architecture. Potosi and Sucre, so different today, have persisted through history and lived an intertwined destiny.

As in Eduardo Galeano's story, "Open veins of Latin America", to visit Potosi and Sucre is to plunge into the region’s colonial past. In Potosi, we are surrounded by the reality that this city was plundered of its wealth by the conquistadores. We interact with the miners and we slip into the tunnels of the silver mines. In Sucre, we immerse ourselves in the history of the Bolivian liberation. 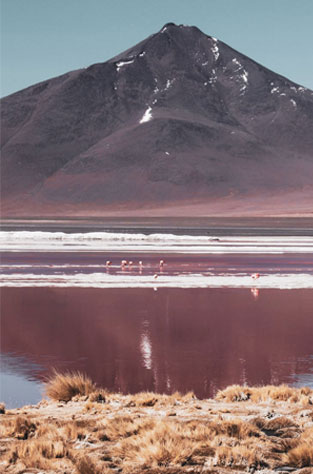 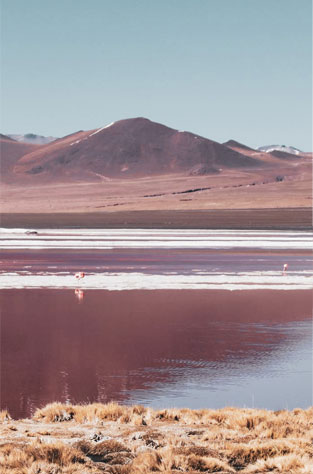 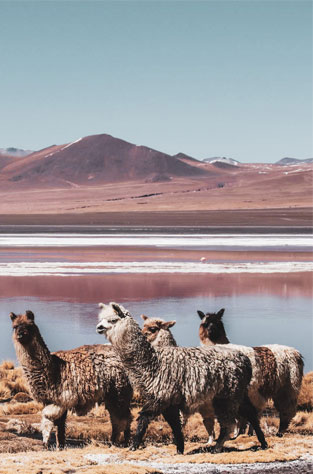 Salar de Uyuni, the Uynui Salt Flat, is the world’s largest salt flat. Its immense surface is hard as rock, but from it emerges small islands populated with giant cactus proving that even here, life has not given up. Further south, we truly enter the Lipez desert, where multicolored lagoons mark our route to the Chilean border. It is around these islands of life that we meet the true masters of the region: the flamingos, which throw us haughty glances, their legs soaked in icy water.

This mineral world stretches as far as the eye can see, between thousand-year-old volcanoes and lagoons, some located at more than 4,000 meters above sea level, several days from the nearest Bolivian city. The Altiplano still has many natural riches to offer those seeking the mythical El Dorado, not least of which, the sensation of finding oneself at the end of the world. 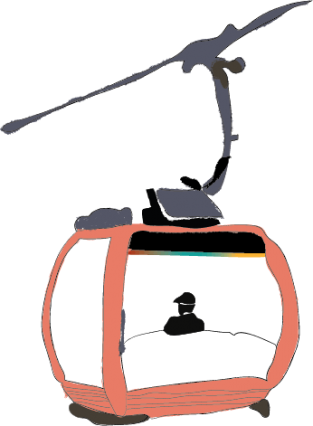 We arrive in La Paz via El Alto. The change of scenery and our immersion therein is immediate! We jump in a cab to cross the giant market and we stop at the first cable car station. We journey skyward to see La Paz from above and to appreciate this city which has spread itself across what appears to be a kind of huge crater. Small colored "casas" as far as the eye can see, markets in all directions... we are carried above this vibrant atmosphere, full of life, with the snowy summits of Huayna Potosi and Illimani - emblematic glaciers of Bolivia, more than 6 000 meters above sea level as our backdrop.

La Paz is a city of contrast, a perfect example of a whole country. From the market district, full of colors and smells, we cross a few streets to find ourselves in the heart of the historical district, now a business center. Two worlds that coexist, whose daily lives seem so different, but whose shared past gathers around a mix of ancestral rituals inherited from the Incas and from catholic religious beliefs. 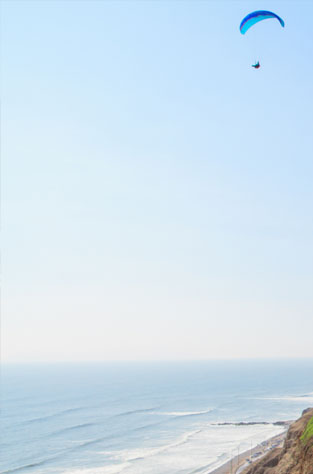 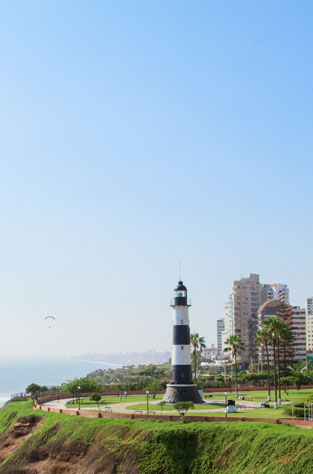 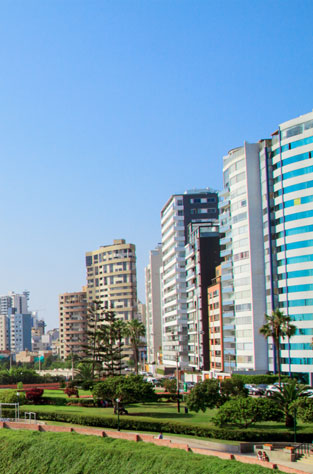 From sampling fresh fish ceviche or squid chicharron in the local markets, to leaning on a counter in the middle of the hustle and bustle while drinking a glass of chicha morada, to enjoying a cone of to-go sweet potato fritters in Kennedy Park, gastronomy serves as our guide as we travel through the history and influences of Lima. A true fusion of coastal, Andean, Amazonian, and even Asian cuisine, from the street corner stand to the small gastro restaurant, the cuisine made by Peruvian chefs is clearly inspired by international experience.

Once called the "Pearl of the Pacific", Lima owes its wealth to the pre-Hispanic exploitation of agriculture and fishing. In time, the city came to stand out for its colonial architecture, with houses graced by beautiful carved wooden balconies, symbolizing the political, strategic and economic importance of Lima. To discover Lima today is to glimpse at every street corner the complexity of this immense city.

Does this trip inspire you? 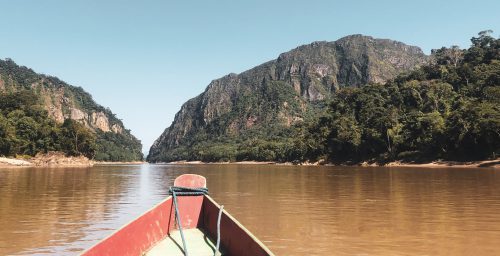 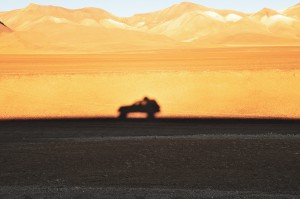 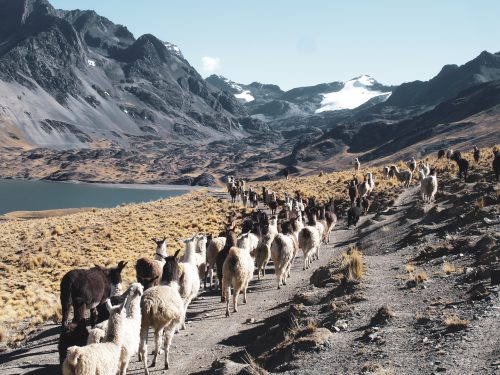 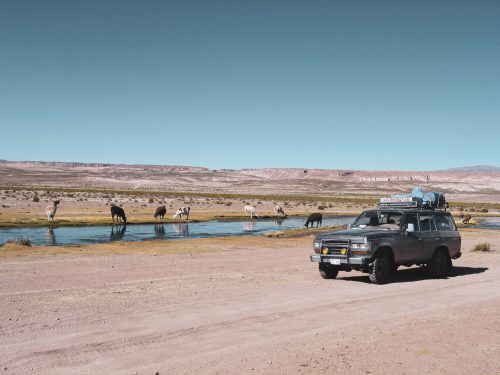 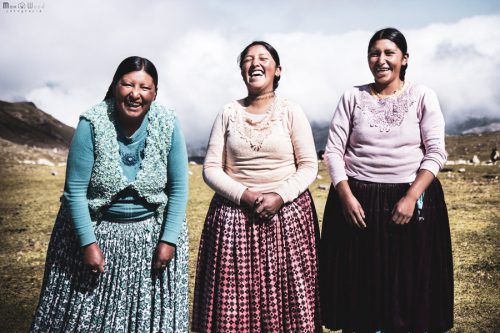